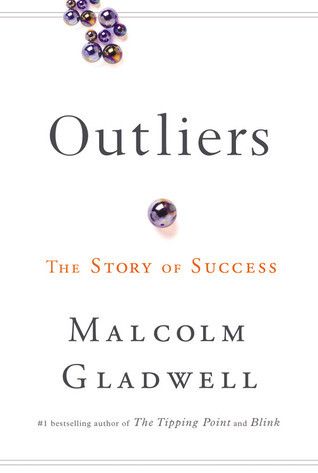 This book completely reshaped preconceived notions about success. It will inspire you to look at success from a different perspective and identify your own path to success.

Factors that lie beyond our individual control are responsible for success. They provide hidden advantages, exceptional opportunities and cultural legacies.

Opportunity is key to success, and there are three types of opportunities that contribute to success:

😀 Should You Read it?

This fantastic book is about business tycoons, geniuses, athletes, lawyers, pilots, rock stars and software engineers—ordinary people like you and me—who changed the world.

We were taught to think about what these people were like as if that would help us understand success alone. Wrong. Self-made started from nothing and built my way up in the world explanations and definitions of success don't work.

They do not help.

It's not enough to ask what successful people are like, but where they are from.

Only then can we begin understanding the logic behind who succeeds and who doesn't.

You should read it because it argues the fundamental way we are taught to think about success.

It uncovers divergent thinking about what differentiates the best from the worst. It will challenge you to think about talent, skill and drive.

People don’t rise from nothing. We do owe something to parentage and patronage. The people who stand before kings may look like they did it all by themselves. But the fact, they are invariably beneficiaries of hidden advantages and extraordinary opportunities and cultural legacies that allow them to learn and work hard and make sense of the world in ways others cannot.

In childhood, a year makes a big difference in physical and mental development. 40% of Canada's elite hockey players are born within the year's first three months. Coaches believe those born within these months are larger and stronger than their younger teammates — they believe they are more talented even when their skills are relatively average. Hence, they invest more time and effort into developing these players, consequently improving them. These players get more attention and are groomed for higher-level leagues — a better position to be scouted.

What about players born later in the year? Does this mean that only the older players make it?

The question then becomes, is it about the player's talent or the preconceived notion of age from coaches that sets players up for success?

Of course, not all the best players are born in later winter. So success can't be attributed to nature or talent alone but nurture and circumstances as well.

Question: is there such a thing as innate talent?

Some people are gifted. Some people have more talent in some things than others. But does that mean they will succeed in the long term?

The short answer is no.

Talented people might have the upper hand because it takes less friction to get them interested in deliberately practicing. However, there is a downside to this as well. Because talented people usually start much more quickly, they also tend to give up more easily once things get hard and complicated. Once things start getting challenging, their talent starts tapering off, ultimately giving up. Whereas less talented individuals persist and practice, tend to achieve greater results (although it sometimes takes longer) than gifted people.

Therefore it's wrong to attribute success solely to talent and forget the sheer amount of hours that were put in. After a certain level of natural talent, practice becomes the determining factor of success. More precisely, the type of practice. Deliberate practice. And having the time to practice enough to master a skill is a luxury.

20 hours every week for 10 years or 10,000 hours is what it takes to master a field. 10,000 is a universal magic number and not literal in a sense. It should be considered a baseline, a theory that suggests that having time to practice deliberately will set you up to master a skill.

Money buys time, and time is necessary for practice.

No one can devote themselves to full-time practice while working a part-time job to pay for lessons and another job to contribute to family expenses. Going to school also eats into practice time. Wealthier families usually arrange for homeschooling and accommodate children for extended practice hours.

Besides privilege, a birth year, in relation to historical events, can provide unique opportunities to practice that wouldn't otherwise have been available.

The best example is a list of Americans born between the 1860s and 1870s. What's so great about those years? What's going on here?

During the 1860s and 1870s, the American economy underwent the greatest transformation. The railroads were being built. Wall Street emerged. The industrial revolution began. Traditional rules of the economy were broken and remade.

So what does this list say? It says that it really matters how old you were when such transformation happens. If you were born in the 1840s, you missed — too young to take advantage. In the 1820s, you were too old — your mind was shaped by the pre-civil War paradigm.

Now fast forward to the 70s. The Altair 8800, probably the first personal computer, was advertised in “Popular Electronics” in 1975. If you were too old in 1975, you probably already had a job at the big tech companies of the time: IBM, HP, etc. The mindset of someone born in the 1930s or 1940s would have had a limited capacity to accept this paradigm shift— that computers would be in every home. To have a thirst for experimentation, hacking, breaking things and rebuilding them. Blinded by a date vision of computers.

Now, the 18 and 19 years old at that time, born in the mid to late 50s, well, those are the people who changed our world today.

👴 The Effects of Cultural Legacy

A culture based on self-worth through reputation. It means that if anyone threatens your reputation, you ultimately fight them. This cultural legacy impacts how you respond to certain situations and can alter your life trajectory for better or worst. It's a culture passed down from generation to generation.

This type of culture gauges how much an individual values authority. People who come from a culture of deference generally defer to those in positions of authority. They're more likely to be followers than leaders.

Traced back to rice farming, the culture of diligence demonstrates a clear relationship between increased effort and wealth. Similarly, Asian cultures demonstrate that the most diligent students filling out questionnaires perform best in math.

Confucian values are prominent in Asian culture. They emphasize effort and practice. These values lead to a culture of diligence which has contributed to the success of Asian economies.

On the other hand, the culture of individualism in the United States values independence and autonomy. This cultural legacy has led to a society where people are more likely to start their own businesses and less likely to defer to authority figures.

Join a growing community of friendly readers. Every month, we share actionable tips, practical advice, and other know-hacks to help you level up sent directly across the web to your inbox.